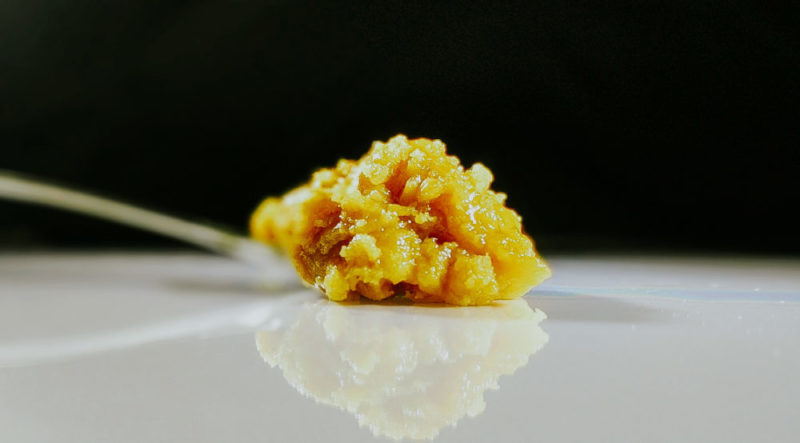 Butane hash oil, often referred to as “BHO” is a potent cannabis concentrate. This term is used to describe shatter, wax, sugar, crumble and sap that have been extracted with butane.

The two most commonly used solvents are Propane and Butane. These are commonly chosen solvents for extraction for many reasons surrounding their physical properties. They are easily evaporated, aka “purged”, from the end material, making it easier to maintain the integrity of your hash’s flavor.

Since butane will turn into a gas and evaporate as low as 33 degrees Fahrenheit (0.56 °C), this allows extractors to purge the butane off at extremely low temperatures so as to not damage the flavonoids or cannabinoids inside the extracted hash. Also, since it’s a non-polar solvent, it doesn’t extract water-soluble compounds like chlorophyll. This makes butane one of the cleanest extraction methods possible.

How does extraction work?

Running fresh cannabis through a closed-loop butane extractor dissolves the resin glands, and turns them into a potent cannabinoid and terpene rich oil. This oil is then purged of solvents to create the final product, which is most commonly dabbed or vaporized.

While the extracted oil is still rich with solvents, the extractor can decide the fate of the material in regard to whether it will become Sugar, Wax or Shatter. Nothing comes out from the closed loop system finished, and the purging method can be indicative of the end result. 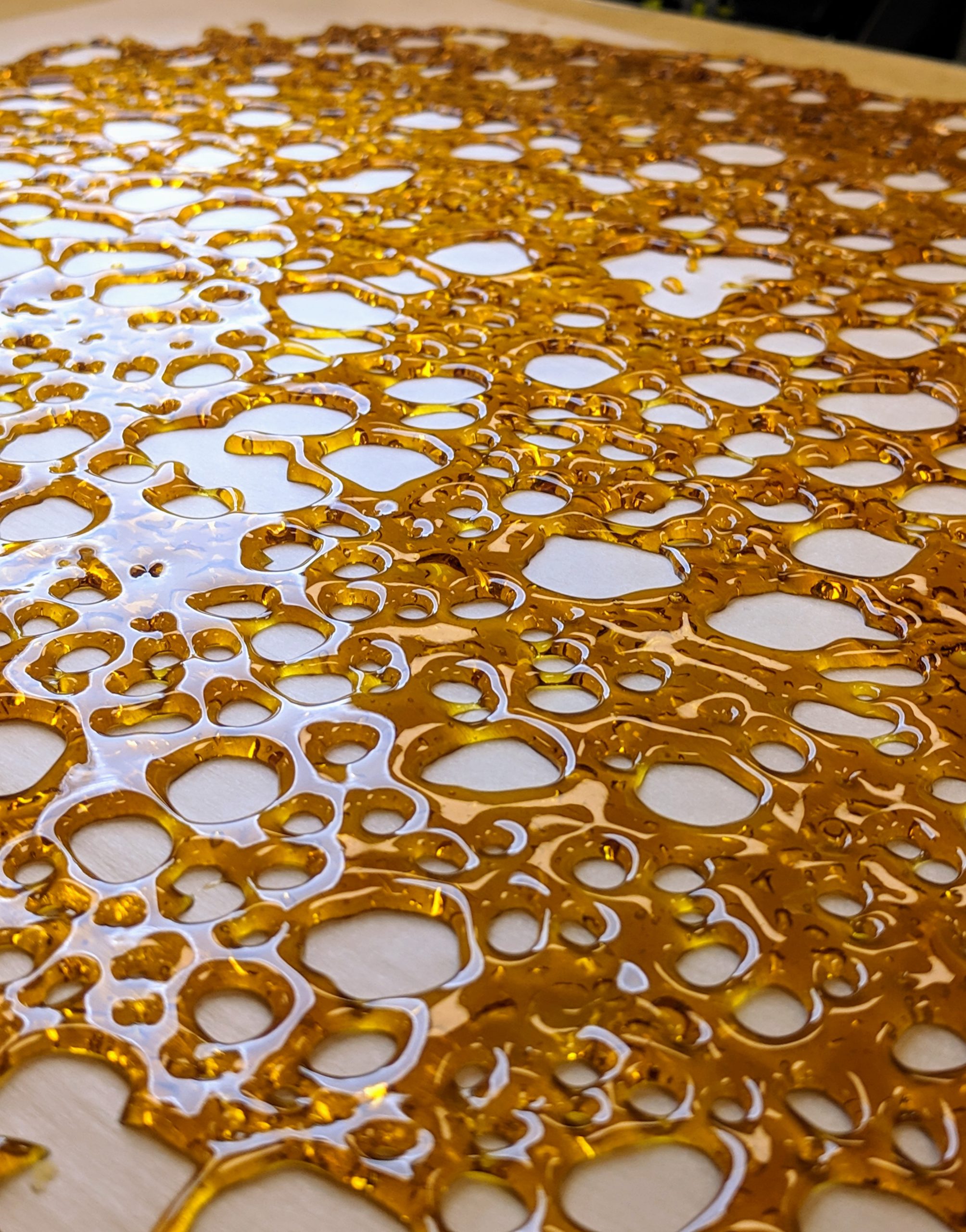 What does closed loop mean?

A Closed Loop System is a series of enclosed vessels utilizing pressure and thermodynamics to push and pull solvents of your choice over material you wish to extract. One vessel is dedicated to maintaining a chilled environment in order to keep your solvents at a cold temperature. A second vessel is dedicated to hold your material you wish to have extracted.

The first vessel will have its chilled solvent pushed into the second vessel, where the solvent will come in contact with material. This is where the magic truly happens – just like when you make tea with water, our solvent immediately gets to work breaking down the waxy layer of the tea leaves (or in this case trichomes) and carrying with it all of its tasty goodness.

Once the solvent has had sufficient time to break down all the resin glands and extract the cannabinoids from the plant, you now use the same method of pressurizing the vessel in order to move the solvent into the third and final vessel – the collection vessel. Once all the solvent with the extracted material has been evacuated from the material vessel and into the collection vessel, the solution of cannabinoids and hydrocarbons are warmed up and heated. The heat breaks the bond between the liquid solvents and the hash, causing the butane to convert to a gaseous form and leave the collection vessel through a series of hoses connected to a condensing coil.

Once these hot vaporous butane molecules flow down the hose into the condensing coil, the cold temperature will revert it back to liquid butane. The liquid butane will then be pushed back into the initial solvent vessel, completing its journey and finishing the circle – hence the name “Closed Loop”. 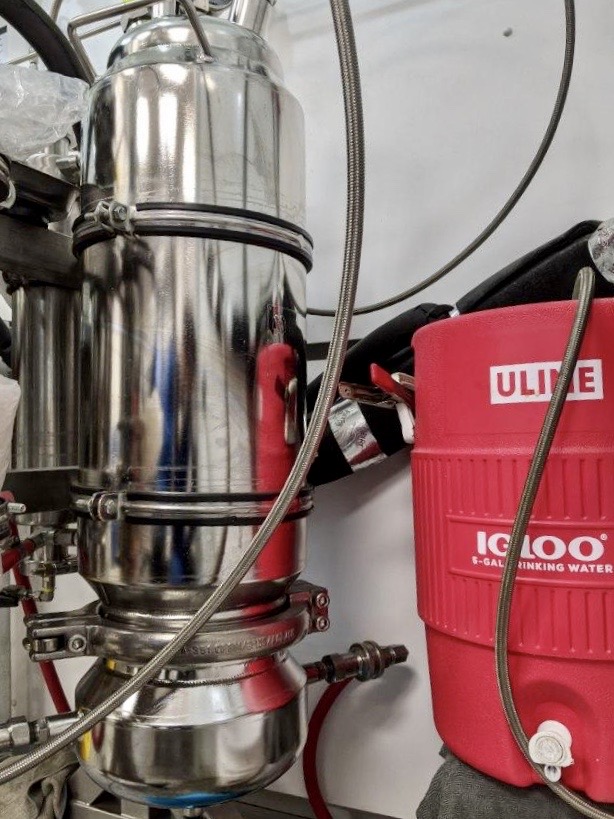 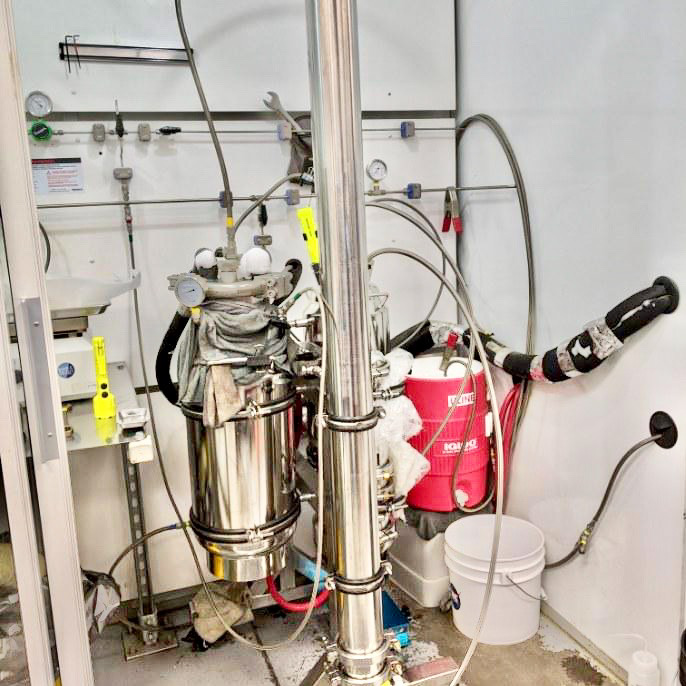 A professional closed loop system is typically made of four main parts:

Please DO NOT try this at home. This process should only be attempted by a trained professional as it can be extremely dangerous without the proper knowledge, attention to detail, ventilation and equipment.

Check back for the next segment of this series covering everything you want to know about the process of extraction for cannabis concentrates!